In this lesson we are going to compare the present simple and  present continuous tense. We are going to study the differences and do exercises together. It is a very common problem to confuse these to tenses. This post includes AUDIO and WRITTEN CLASS.

Many students (especially from Latin America) have problems in choosing the correct form of the verb when we talk about the “present”. Such problems arise because they translate from Spanish to English directly without paying attention to the communicative uses.

– Maria plays tennis at the weekends
– She doesn’t study French.
– How many children do they have?

– Maria is playing tennis.
– She isn’t studying.
– What are they doing?

Remember:
– When we construct the present continuous we use the verb to be. Therefore we DO NOT USE auxiliaries do, does, don’t or doesn’t.
– Use the “ing” form after the verb to be.

Exercises: (The answers are in the AUDIO)

Put the verb in present continuous or present simple

This site uses Akismet to reduce spam. Learn how your comment data is processed. 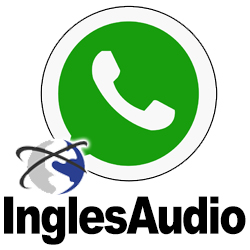